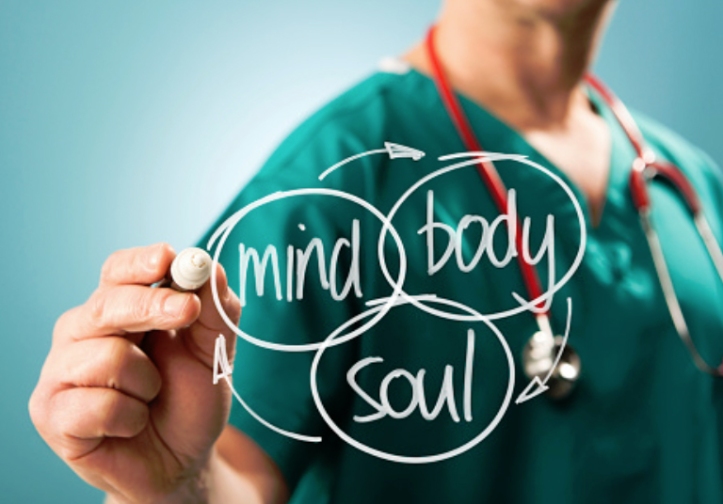 In the midst of America’s opioid crisis, official recommendations have been made for clinicians to consider alternative forms of conservative care in the management of chronic conditions, particularly back pain.

These recommendations include everything from physical therapy and chiropractic to acupuncture and oriental medicine. They are part of a greater movement towards holistic healthcare that sees patients not as their symptoms but as whole people.

Not to be left behind, some medical doctors are also parading underneath a new banner called “functional medicine” which shies away from the traditional pathogenic model. Though certainly not the inventors of this line of thought, they are definitely part of the solution.

But as a patient, all these different types of healthcare providers can seem very confusing. What does each one do and what are they qualified to handle? You might be surprised.

In the United States, medical doctors have what might be described as an unlimited scope; they are not restricted from performing any procedures as other doctors are. It is fully legal for them to perform acupuncture, chiropractic adjustments, osteopathic manipulations, or prescribe herbs, drugs, or anything else they feel is effective.

With that being said, their curriculum of study is much more focused on pathology, pharmaceutical prescription, and surgery. Individual doctors may then choose to specialize in fields ranging from family medicine to neurosurgery.

Holistically speaking, doctors that study functional medicine are the most likely to be open to alternative treatments and to examining underlying pathology rather than chasing symptoms. They are less likely to prescribe pain pills or symptom alleviating drugs and more likely to aim at the core problem.

Their downside is usually cost. Functional medicine doctors charge a premium for what they do and some won’t accept insurance (or, more accurately, insurance wouldn’t pay for their treatment methods).

Doctors of Chiropractic approach treatment of their patients a little differently than doctors of medicine. Their primary means of treatment is spinal manipulative therapy, or what the profession calls adjusting. But contrary to popular belief, “back cracking” is only a fraction of what makes up Chiropractic care.

Described in early texts as “trauma, toxins, and thots,” Chiropractors believe all elements of a person’s life can contribute to dis-ease—a state separate from ordinary wellbeing and health. To that end, they also deal in nutritional therapies (although they cannot perform nutrition replacement therapy; that is restricted solely to Registered Dieticians).

Compared to medical or osteopathic doctors, Chiropractors usually see their patients more frequently, sometimes as many as three times a week in early treatment. This frequently contributes to a closer relationship with patients, something which has been shown to improve outcomes.

Many are trained to re-educate their patients about proper biomechanics and exercise to relieve bodily stress and tension. Some will also use ancillary therapies in the form of soft tissue treatments, inferential current (electro-therapy for muscle relief), proprioceptive rehabilitation (balance training), and cold laser.

Like medical doctors, some Chiropractors specialize after graduation, going into fields of neurology, orthopedics, nutrition, or pediatrics. Note that while Chiropractors are generally recognized as primary healthcare providers, they are not permitted to perform surgery or prescribe medications.

Doctor of Osteopathy (DO)

Osteopaths have a long history that correlates very closely with Chiropractic. In the early 1900s both were musculoskeletal specialists, with Osteopaths focused on blood and Chiropractors focused on nerve function.

Today, Osteopaths are largely undifferentiated from medical doctors. They have virtually the same training and privileges, with the exception that some Osteopaths specialize in long lever manipulation (more frequent outside of the United States).

Like their medical counterparts, there are Osteopaths that practice functional medicine and work towards treating the whole person. For those seeking holistic care, functional or integrative medicine are the terms most frequently used by offices specializing in that field.

Trained and specialized in Eastern Medicine, Doctors of Oriental Medicine make heavy use of herbs in their treatments. Their paradigm of care is entirely different from any of the previously mentioned Western systems.

No less holistic than any other profession, Oriental Medicine is a system that focuses on aligning mind, body, and spirit. These practitioners utilize a variety of techniques—acupuncture for instance—to influence the meridians throughout the body. Some will focus on balancing a person’s Yin and Yang, others on the hot and cold in a person’s blood.

Generally their diagnostic ability is very good and outside of surgery or pharmaceuticals, they have access to all standard tools, including blood tests and physical exams. Though once treated by Western professions as outdated pseudoscience, recent research increasingly supports the effectiveness of Oriental Medicine.

Besides the above listed doctors, there are a number of other “doctors” whose recognition varies with state law. While this does not make them any less educated or effective, their scope of practice is regulated as such.

Naturopathic Doctors (NDs) are trained in the use of non-drug therapy. In some states, they are allowed to prescribe medications under the license of an MD or DO and they can perform physical therapy up to but not exceeding the threshold in an adjustment. They are not recognized for purposes of practice in all 50 states and their education programs vary in duration and quality.

Acupuncture Physicians (APs) are similar to Doctors of Oriental Medicine but are treated as having completed a Master’s level education. In some states they can diagnose, treat, and even identify as “Doctor” by putting AP after their name. As with NDs, not all states recognize APs. Their primary treatment is acupuncture (not surprisingly).

Doctors of Physical Therapy (DPT) are relatively new on the scene. Previously a non-doctorate program, physical therapy focuses heavily on the use of stretches, exercises, and low grade manipulations to rehabilitate patients with physical conditions. DPTs are different from traditional PTs in that they do not require a referral to visit.

Thanks in part to popular demand, there are many different choices when seeking a holistic practitioner. Each field of study commands a slightly different wealth of knowledge and approaches the problem just a little differently.

Our health will no doubt be better for it. More options means competition among the professions and ultimately better results for the patient. For you, it means having options when one form of care fails to deliver the results.

So be open to the choices out there. But as always, be sure to check on your doctor’s credentials if you aren’t sure. Remember, it’s your health!

I’m Jenn and I created Sasprig after sluggishly working on my previous blog. I wanted to create a new blog that’s more personal and varied. Here I’ll blog about whatever I feel like!

And chances are you can too, as I’d love to make Sasprig a blog of many categories by accepting guest posts. Let there be something for everyone, I say!

So Who Am I Anyways?

Any information found on or posted by Sasprig.com or its authors is purely for entertainment purposes only. It is not intended to diagnose, cure, or treat any disease or health condition, nor is it intended to be used as a substitute or alternative to treatment from a licensed healthcare professional. No patient doctor relationship is formed by reading the information on this website.